Schoolgirl who was assigned as a Samurai in Unit 13. She had a sister in the same high school and Kendo club, who was better than her in academics and in Kendo ability, which made Tsubaki jealous and feel inferior whenever people compared them. One day, when walking back home together, she finally is about to reveal her feelings of inferiority to her Sakura when a Dragon suddenly lands and eats Sakura in front of her, but flies away and leaves Tsubaki alive. Following this incident, Tsubaki joins Murakumo to hunt dragons, but she feels that the reason she was left alive was because she did not have any worth killing, leaving her with lingering feelings of inferiority.

She became teammates with "Haru Nishimura" (Destroyer) and "Mugen" (Psychic) in Unit 13.

Tsubaki_Kujo on the Heroes wiki. 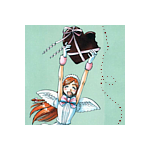 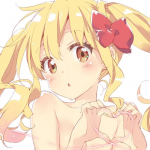