The Rucier race is ancient species revived by Murakumo. They appear first in 7th Dragon 2020-II and in the first game for the NDS 7th Dragon.

12,000 years ago during the battle of the first time against the dragons and the True Dragon Nyala, the Rucier clan drove the Dragons away at the cost of themselves and their homeland Atlantis. Murakumo revived them to a minor extent in Tokyo 2021 AD using DNA taken from a Rucier survivor Marina, who had emerged above ground within the Tokyo subway's hidden chasms.

Complete Chapter 3 in order to gain the Rucier race for use in the character creation at the Terminal. 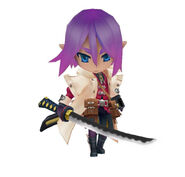 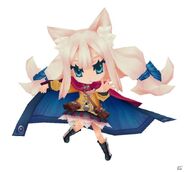 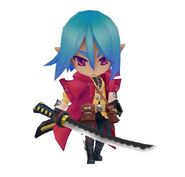