The fourth and currently final chapter of the 7th Dragon saga, in the same continuity of 7th Dragon, 7th Dragon 2020 and 7th Dragon 2020-II, it connects all the timelines up till now and allows the player to travel from the present of Tokyo UE, to the ancient past of Atlantis and the future of Eden.

In the year UE77 (2100 AD), about 80 years after the events of 2020, Tokyo has been rebuilt and the Dragons gone. The player is a regular citizen until one day a casual visit to the 7th Encount virtual reality game center at Tokyo Big Site opens a new story... 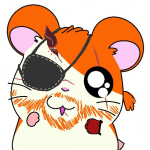